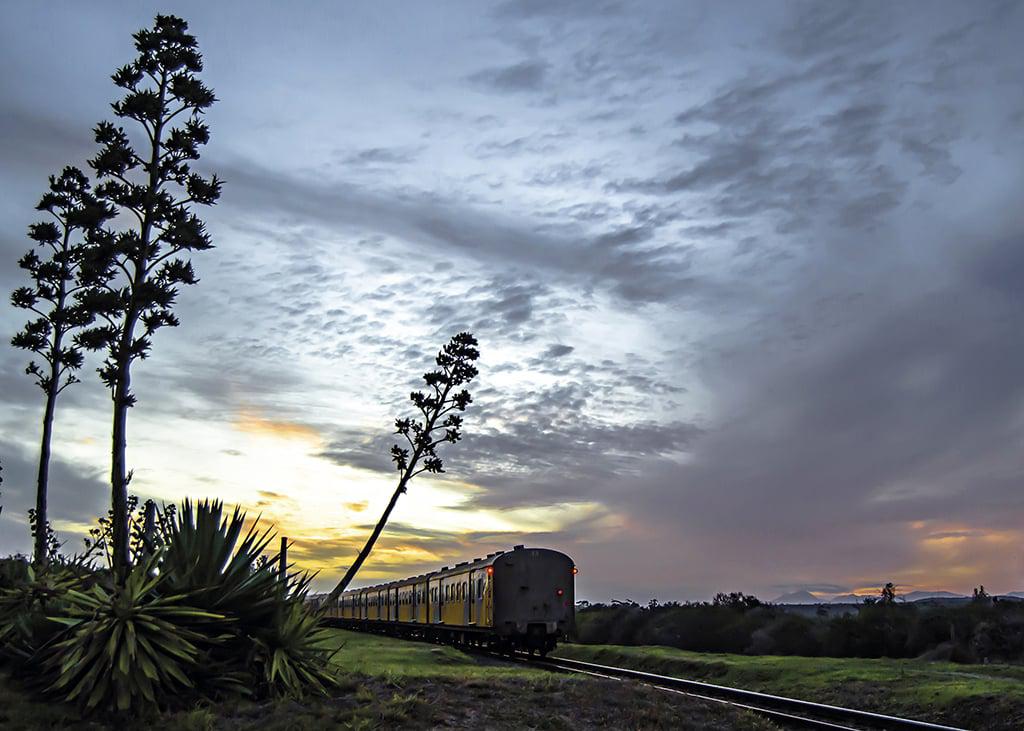 CINDY BESTER WRITES: I took this photo late one afternoon in Despatch, my home town. I initially took a pic of the approaching train, but realised the back of the train as it left the station made for a better shot.

I’m always looking for new places to take photos and I’ve explored most of Despatch to find scenic spots. Near the station and in the direction of Uitenhage, there’s a footpath next to the railway tracks. At a certain time of the year, the sun sets in line with the tracks, which leads to great photo opportunities.

Sometimes I shoot only the tracks, but it’s always a bonus if there’s a train around.

TOAST COETZER SAYS: I like Cindy’s Instagram feed (@cindybeebester) because she’s got a fiercely local focus: finding beauty in the area around Port Elizabeth and Despatch. Next time the magazine needs a photo of a train in the Eastern Cape, I’ll know who to turn to!

The dramatic late afternoon light and the strong silhouettes of the century plants in the foreground draw your attention. Cindy used a classic composition: The train is the main subject and it leads your eye towards the distant mountains as it moves deeper into the frame.

This photo originally appeared in the February 2018 issue.
If you’d also like to see your work in go!, send your best photos to takeyourpic@gomag.co.za 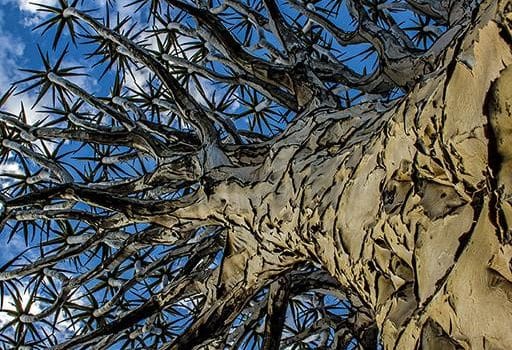 Photographer: Zander Erasmus Equipment: Nikon D7000; Nikon 18 – 140mm lens ZANDER ERASMUS WRITES: I took this photo near Fouriesburg in the Free State when we stayed there on our way to the coast. I had already taken the obvious photo of the sandstone cliffs outside town when I came… 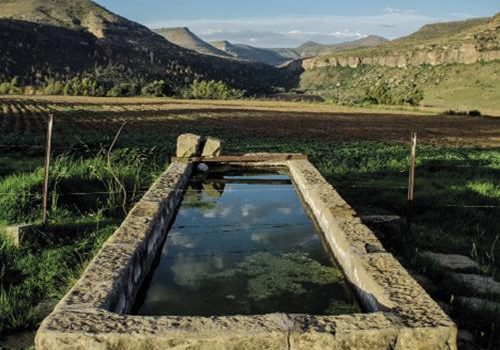 Photographer: Johan Orton Equipment: Canon EOS 5D Mark IV; Canon 300mm lens JOHAN ORTON WRITES: I had one goal for my first visit to the Kgalagadi Transfrontier Park – to capture a beautiful sunset – and I only had three days to achieve it. I find that silhouette photos work…

Start any time and from anywhere